That was my first mistake. The shades started to taunt me, the fallen haunted my every thought and the flow of blood spread across every street as the families of greed, lust and power flexed their tainted egos. I watched in disgust as cities were reduced to rubble and nations were robbed of life. As ancient sects re-emerged from the pits of Hell and grew like a cancer in the human psyche and as narcissism became a virtue that tied these twisted events together. As I witnessed this I knew that I had to take action in a peaceful manner to counter the increasing woes of humanity.
That was my second mistake. I approached the world with honesty and good will while adopting a pragmatic approach to any dilemma that presented itself. I fooled myself in to thinking that logic and common sense could turn the tide of rampant folly and create a balanced environment where mankind could prosper peacefully but instead the cancer grew. Politics and its by product: religion held the throat of freedom tightly while mankind chose delusion over truth and fantasy over reality before mentally curling up in to the fetal position.
I was at a loss and decided to leave the old whore of Europe behind and dive in to the belly of the far eastern beast known as 6.1.3.Kong. Amid its toxic fumes and constant noise I found an abode in the nine dragon district where I shut myself in and tried to forget about the past and the present while dedicating my time to the word.
It was here that I found a collection of electronic documents stored on two USB sticks and wrapped in a strip of water stained white paper. I unravelled the strip to find the words: I shall judge and I shall execute for I am no angel. I am the reaper. 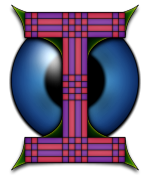 was born innocent under the influence of the red planet. The aura of war was my shroud, my fists were my poetry and my heart pumped fury with each and every beat it took. It was my destiny but not my essence so as the years passed I stood against fate and opened my arms to a brighter future.